The biggest increase in the world in a single day! Tan Desai: Received 106,000 new cases in the past 24 hours 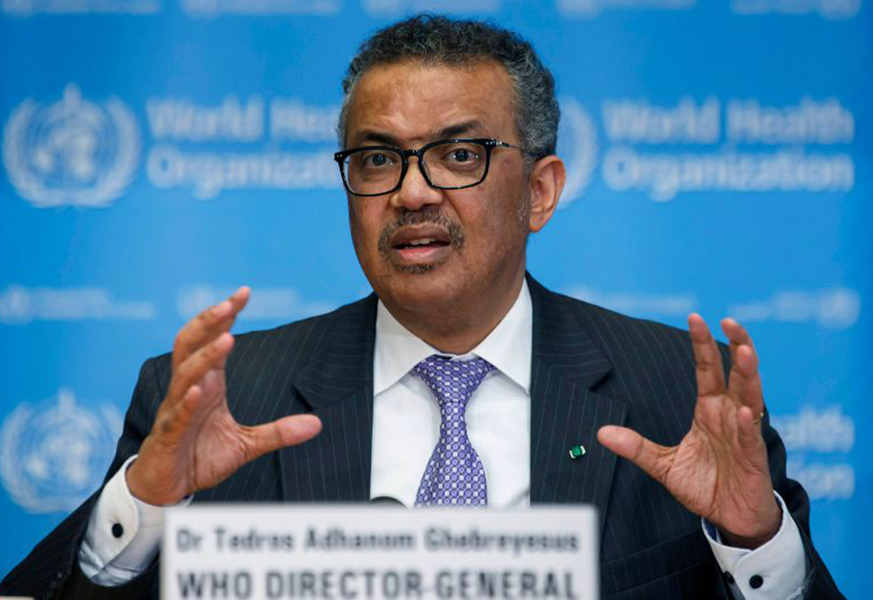 [Global Network Report] CNN quoted World Health Organization Director-General Tan Desai as saying on the 20th local time that WHO received reports of 106,000 new cases in the past 24 hours The biggest increase in a single day since the outbreak.

"In this pandemic, we still have a long way to go," Tan Desai said at a briefing in Geneva that day. "In the past 24 hours, WHO has received 106,000 cases. (New cases), this is the most day since the outbreak (new cases in a single day). Nearly two-thirds of the cases are reported by four countries. "

According to Maria Van Kerkhove, an epidemiologist at WHO, the four countries Tan Desai refers to are the United States, Russia, Brazil and India.

CNN specifically pointed out that due to possible delays in the reporting process, this new single-day record does not mean that 106,000 people have been infected, detected, or recorded within the past 24 hours.

According to the latest statistics of the new crown epidemic situation released by Johns Hopkins University in the United States, as of 7:20 a.m. Beijing time on the 21st, there were 4,968,689 confirmed cases of new coronary pneumonia worldwide, including 326,515 deaths.


No previous No next

The biggest increase in the world in a single day! Tan Desai: Received 106,000 new cases in the past 24 hours.